This is a group of students who are sent to Houston, Texas to compete in a Space Settlement Design Competition on NASA’s Space Center Houston Campus. They work with a team of over 40 students a few aerospace engineers and NASA officials. The students are split into four companies (teams) and complete a proposal for the most successful settlement design on another planet in space. There is extreme detail taken into consideration that involves Science, Technology, Engineering, and Mathematics. They present their proposals before a board of those aerospace engineers and NASA officials once completed. The winning company receives 12 invites to another Settlement Design Competition at Kennedy Space Station in Florida. 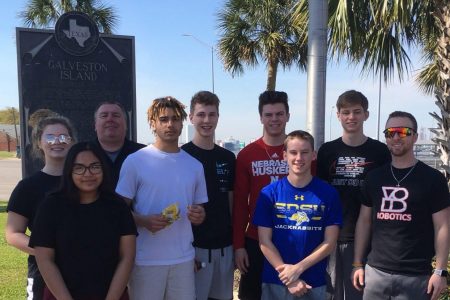